A downloadable game for Windows and macOS

Anyone can kill the devil; that's why they always make teens the vampire slayers, the magical girls. But some kids can't even get that right; and that's why meangirl Neptune, tomboy Jupiter, and shy shy Venus have to endure one more week of summer camp and each other, singing boring songs about jesus, doing busywork for adults, and hoping god's radio can't hear them.

Before they can leave the summer scouts, they've got to spend twelve hours in the loneliest cabin in the woods and wait for the devil to come and live through the night--or not. You know.

WE KNOW THE DEVIL is a story about everyone who made you cry at summer camp. It's about missing your Sailor Moon VHS tapes. It's about how being irresponsible is contagious. It's about knowing that in a group of three, two of you will be closer than the other.

And it's about being weird and queer and wrong and hoping against hope no one will find out when the actual, literal devil comes for you.

Pick Your One True Pairing

WE KNOW THE DEVIL truly has no one protagonist; but someone will always be left out. It's up to you to decide who that is. Instead of choosing a partner, you follow pairs of characters as they learn about themselves and wait for the devil to appear.

Will Venus and Neptune stop hating themselves long enough to be friends? Will Jupiter finally tell Neptune what's been on her mind? Will Venus and Jupiter make it to morning as the only good kids left alive?

Hopefully it turns out the way you want it to. Don't forget: the price the two pay will be the third.

Themes of isolation and alienation of queer youth in a religious rural setting. Abstract, psychological horror, and possibly alarming music.

Brought to You By

In order to download this game you must purchase it at or above the minimum price of $6.66 USD. You will get access to the following files: 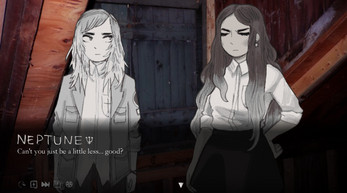 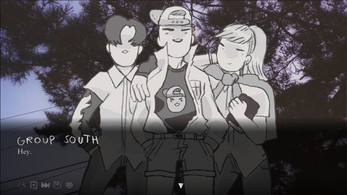 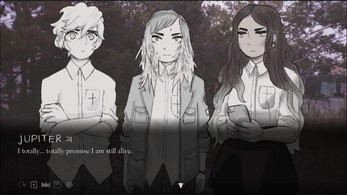 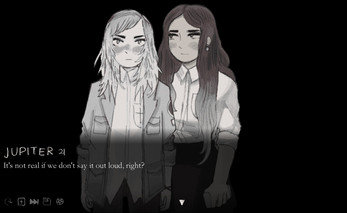 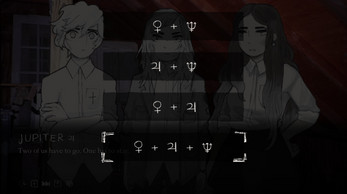